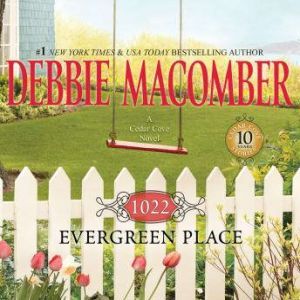 1022 Evergreen Place, Unit B,Cedar Cove, WashingtonDear Listener,Guess what? I’m falling in love! With Mack McAfee.My baby daughter, Noelle, and I have been living next door to Mack since the spring. I’m still a little wary about our relationship, because I haven’t always made good decisions when it comes to men. My baby’s father, David Rhodes, is testament to that. I’m so worried he might sue for custody.In the meantime, the World War II letters I found are a wonderful distraction. Both Mack and I are trying to learn what happened to the soldier who wrote them and the woman he loved.Come by sometime for a glass of iced tea and I’ll show you the letters. Plus I’ll tell you the latest about Grace and Olivia, my brother Linc and his wife, Lori (who tied the knot about five minutes after they met!), and all our other mutual friends. Oh, and maybe Mack can join us….Mary Jo Wyse

I have read and listened to many of Debbie Macombers to where now they are the same story over and over. I loved the Ceder Cove until this one. I thought I had already listen to it. Taking her off of my favorites authors