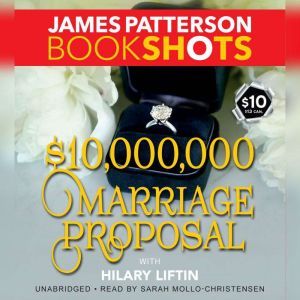 Will you marry me for $10,000,000?I am a creative, open-minded businessman with limited time and desire to play the field. This is a serious proposal.A mysterious billboard intrigues three single women in LA. But who is this Mr. Right? And is he the perfect match for the lucky winner?BookShotsLIGHTNING-FAST STORIES BY JAMES PATTERSON Novels you can devour in a few hours Impossible to stop reading All original content from James Patterson